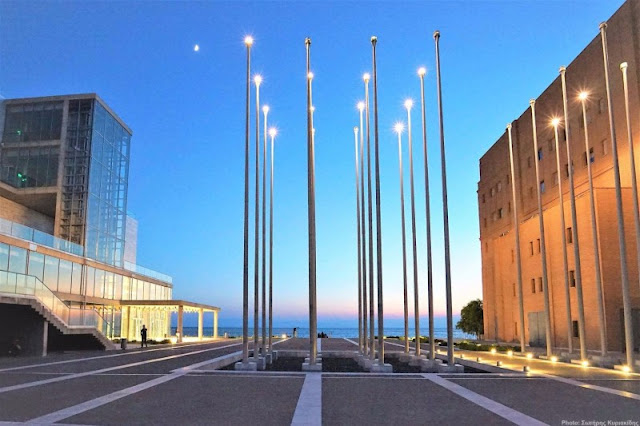 THIS DAY IN MUSIC

1973, George Harrison knocked Paul McCartney from the top of the US singles chart with 'Give Me Love, Give Me Peace On Earth'. His second US No.1, a No.8 hit in the UK was the opening track on his 1973 album Living in the Material World.

1973, Slade were at No.1 on the UK singles chart with 'Skweeze Me Pleeze Me', the group's fifth UK No.1 and second single to enter the chart at No.1.

1975, Cher married Greg Allman four days after her divorcing Sonny Bono, the couple split after ten days, followed by a three year on and off marriage.

1975, The Jackson Five announced that they were leaving Motown Records for Epic Records. The brothers were forced to change their name to The Jacksons since Motown owned the other name.

1976, Police raided the home of Neil Diamond searching for drugs, they found less than one ounce of marijuana.

1976, Stuart Goddard, (Adam Ant), placed the following ad in the classified section of the Melody Maker, 'Beat on a bass, with the B-Sides.' Andy Warren answered the ad and the pair went on to form Adam and The Ants.

1977, Marvel Comics launched a comic book based on the rock group KISS

1978, United Artists released The Buzzcocks single 'Love You More', at 1 minute 29 seconds it was the second shortest single ever released. Maurice Williams and the Zodiacs 1960 hit 'Stay' was the shortest hit at one minute 28 seconds. 3-Minute Hero's

1979, Tubeway Army started a four-week run at No.1 on the UK singles chart with 'Are 'Friends' Electric'. The song by Gary Numan was the first electronic/synthesizer-based record to become a hit in the post-punk era.

1989, Police were called in to control over 4,000 Bobby Brown fans trying to see him at the HMV Record store in London's Oxford Street, six fans were hospitalised and one had to be given the kiss of life.

1995, American soul singer Phyllis Hyman committed suicide by overdosing on pentobarbital and secobarbital in her New York City apartment aged 45. She was found hours before she was scheduled to perform at the Apollo Theatre, in New York.

2000, Eight men were trampled to death during Pearl Jam'sperformance at The Roskilde festival, near Copenhagen. Police said the victims had all slipped or fallen in the mud in front of the stage.

2001, Beach Boys member Al Jardine went to court in a bid to sue his former band mates, claiming he had been frozen out of the Beach Boys. The $4 million (£2.35 million) suit was filed against Mike Love, Brian Wilson, the Carl Wilson Trust and Brother Records Incorporated in a New York Superior Court. In 1998 a US judge temporarily barred Jardine from performing under the name Beach Boys Family And Friends after representations from Mike Love and Brother Records. Jardine lost the case in 2003.

2001, Christina Aguilera, Lil' Kim, Mya and Pink were at No.1 on the UK singles chart with 'Lady Marmalade.' A hit for LaBelle in 1975; then it was at No 1 in 1998 for All Saints. This version was from the Baz Luhrmann film Moulin Rouge.

2004, Kinks founder member Dave Davies was left paralysed on the right-hand side of his body after suffering a stroke. The 57-year-old guitarist and brother of fellow Kinks star Ray Davies had been promoting his solo material when he collapsed.

2005, Nick Carter from The Backstreet Boys was fined $1,200 (£664) after admitting to drink-driving in California. The 25-year-old singer was also put on probation for three years, ordered to attend an alcohol education course and banned from driving for 90 days.

2007, R.E.M. played a five-night series of shows at Dublin's Olympia Theatre. Dubbed ‘working rehearsals’ by the band, many songs from their forthcoming album ‘Accelerate’ were debuted, with many of them still as works in progress.

2014, Ed Sheeran's second album X became the fastest-selling UK album of the year so far after selling 182,000 copies in its first week, 14,000 more than Coldplay managed with Ghost Stories which was released in May.

June 30th: Born on this day

1968, Born on this day, Philip Anselmo, Pantera, (1994 UK No.19 single 'I'm Broken'). Anselmo is the frontman for the Louisiana-based heavy metal supergroup Down and is also the owner of Housecore Records.

1984, Born on this day, Fantasia Barrino, singer, American Idol winner, (2004 US No.1 single ‘I Believe’). The first time in US history a debut single has topped the Billboard Hot 100 chart.