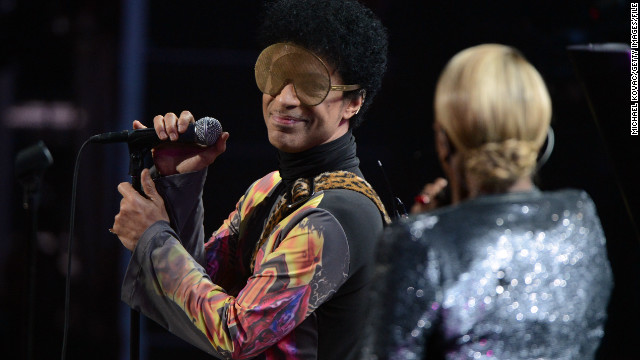 This year's Billboard Music Awards should be a funky good time, thanks to themagazine's decision to recognize Prince with the Billboard Icon Award.
Prince will receive the honor on May 19 during the ceremony's live broadcast from Las Vegas' MGM Grand Garden Arena that will air on ABC. The hit-maker is also expected to offer a performance during the show.
Last year, Stevie Wonder received the Icon Award, which was presented with a tribute led by Alicia Keys.
The Billboard Music Awards are a reflection of the magazine's charts throughout the year, which catalog airplay, album sales, downloads and touring, plus streaming and social interaction on sites like Twitter, YouTube, Facebook, Spotify and Vevo. The tracking period for the 2013 awards began February 27, 2012, and will conclude February 24, 2013.
Posted by Λευτερης Κογκαλιδης at 9:53 AM