ADELE TO PERFORM AT OSCAR CEREMONY 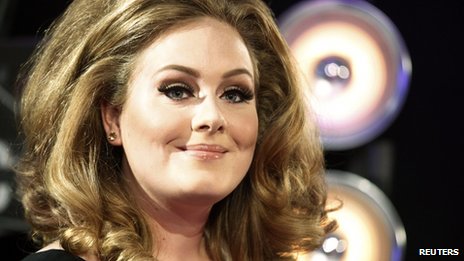 It's been confirmed that Adele will perform at this year's Oscars in February.
Her James Bond theme, Skyfall, is nominated for best original song at the ceremony.
It will be the first time she's performed live in 12 months, with her last vocal appearance coming at the 2012 Brit awards.
In a statement she said: "It's something I've never experienced and probably only ever will once!
"It's an honour to be nominated and terrifyingly wonderful to be singing in front of people who have captured my imagination over and over again."
The Academy Awards' official Twitter feed has posted: "Best 4 Words Ever: Adele Performing At #Oscars."
The ceremony takes place on 24 February and will also mark Adele's debut performance of Skyfall, despite it being released in October 2012.
Last year, the singer gave birth to her first child, a boy, although she's not made his name public yet. 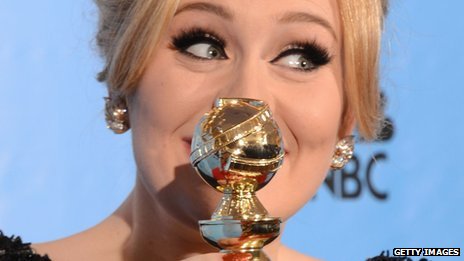 The theme has already achieved awards success after it won the Golden Globe for best original song earlier this month.
Accepting the trophy in Los Angeles she said: "It's very strange to be here, thank you so much for letting me be a part of your world for a night, it's amazing."
Skyfall is currently the highest grossing film ever at the UK box office with takings in excess of £100 million.
Organisers at the Oscars have confirmed there will be a tribute to James Bond to celebrate the franchise's 50th anniversary. 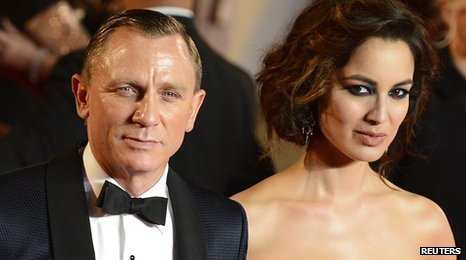 Daniel Craig stars alongside French actress Berenice Marlohe in Skyfall
Posted by Λευτερης Κογκαλιδης at 10:30 AM